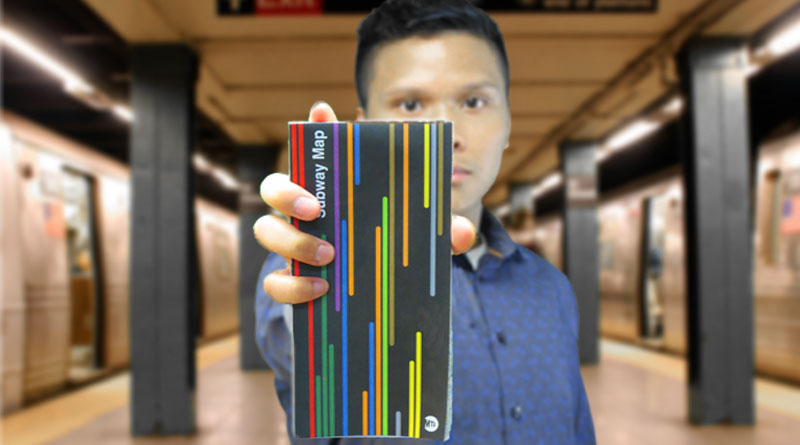 Print Out Your Own New York Subway Map 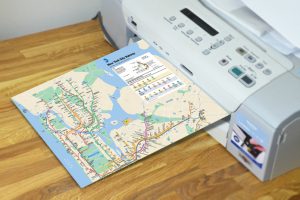 You can access and print the latest MTA New York Subway Map here and access the PDF version of the Subway map here. The problem is that most printers may be just too small to print out the large square sheet that you need for the subway map and you might have to print out separate pages and stick them together with some tape. You can try adjusting the image and use the “shrink to fit” setting when you print, but you may find the map a little hard to read, so all-around, it is a less-than-optimal solution. 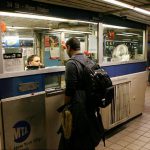 Each of the Subway station booths located at most stations in the New York City subway system used to have a stack of Subway maps ready to give away to anyone who asked for them for for free. The MTA’s cost saving measures and the constant train and line changes have made this practice no longer feasible and it is now very hard to find any printed Subway maps at these locations, but not still not quite impossible. Bigger stations usually have more of the maps, so good luck on your hunt! 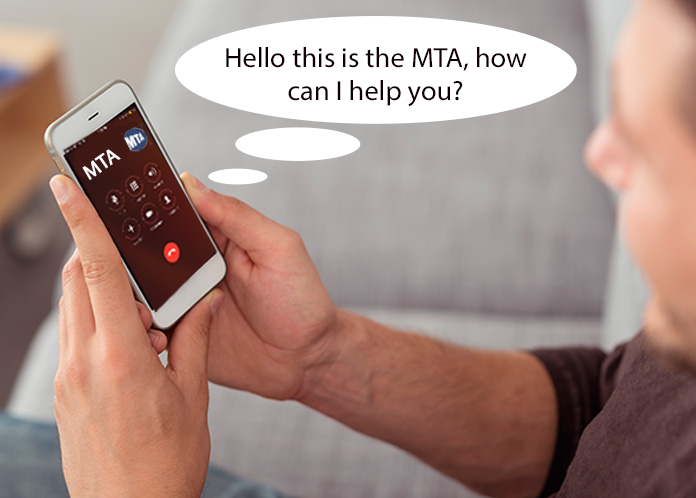 Order The New Printed Subway Map Over The Phone For Free

You can call the MTA and request that they send you a printed New York Subway Map for free. The contact number for maps is Subway Map Requests is
718-330-3322 or 646-252-6862. Their office hours are: Mon – Fri, 9 AM – 5 PM
The problem with this solution is that it can take them many weeks to send the map, sometimes the map order is lost, so this solution is not the most reliable.

Buy The Printed New York Subway Map On The Internet 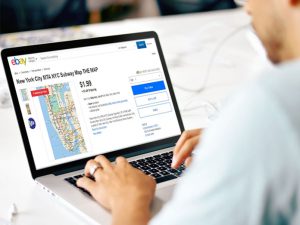 Some internet entrepreneurs have tried to fill the void of the lack of available Subway maps and are selling the latest version of the New York Subway map on ebay.com for about $5. This is a pretty good method of getting the latest New York Subway map in your hands and the price usually includes the shipping. While buying the map it is not the cheapest way of getting the Subway map, it usually arrives in a couple of days and is guaranteed to be the very latest map.

In an attempt to catch up with the technological times, the MTA have finally developed a commuter app that helps