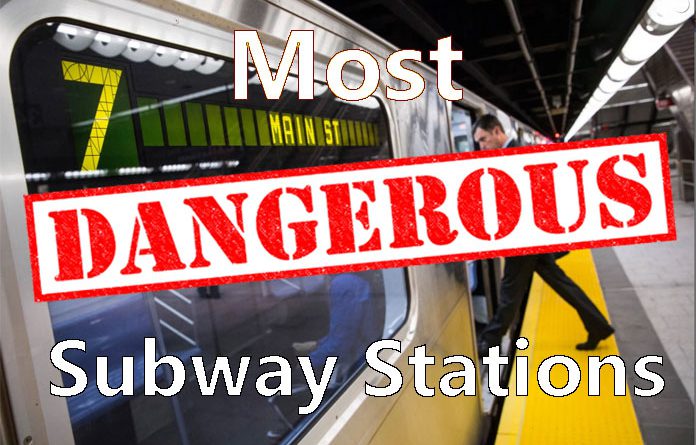 Which Are The Most Dangerous Stations on the NYC Subway

New York City can be a dangerous place and crime from above ground will often extend into the NYC Subway. We have put together the top 10 most dangerous stations in NYC and what crimes you can expect to see there. It is clear that criminals are attracted to busier stations for certain kinds of crime like pick pocketing, but for robbery they prefer quieter stations where they can get away with the crime more easily and no one is around to stop them. Violent crimes are unpredictable as they are often random in nature, but sex crimes at subway stations appear to be located closer to lower income areas and are often committed in the early hours.

It is easy to be distracted by subway station crime figures that are non-intrusive to a subway passenger, like prostitution, street vendors, illegal drug sales, littering, vandalism and graffiti, but these crimes have little effect on the subway passengers experience and we have focused on the truly serious crimes on the New York Subway system, that are violence, theft and serious sex crimes. The serious sex crimes occurring on the Subway station are most often indecent exposure, illegal contact and rape. Although non-intrusive crimes do not make a dangerous station, they can often attract the other types of more serious crimes.

The train platform has a significantly higher rate of crime than being on the train itself, although the types of crime on the train changes considerably, with illegal touching and pick pocketing being the most common. This could be because the  train always has a conductor, but most Subway stations are unmanned.

The most dangerous stations in the New York Subway system are, surprisingly, in many affluent areas of the city. This list may be the most dangerous stations but it has become much safer over the past years as the MTA have stepped up security and incident response. Violent crimes have gone down compared to long ago. Homicides and rapes in the subway are, thankfully, extraordinarily rare. Violent crimes, theft, and sex crimes are unpredictable but these situations can still be avoided. 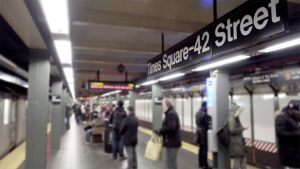 The Times Square Station is one of the most dangerous stations with a history of most crime rate occurrences in the NYC Subway. The most common criminal activity reported in the station was theft, assault and sexual harassment. It is not a surprise that most criminal incidents occur at the bigger and busier stations and this station is no exception.

One noteworthy unprovoked violent attack at this station occurred on February 28, 2018 when a 24 year old man, Jose Hasing, attacked a 22-year old male victim who required medical attention, after getting repeatedly punched and kicked by Hasing. The station security video to the attack made the rounds to all the News organizations.

The Broadway station at 23rd Street has improved its security over the years following a string of serious incidents. The improvements still do not stop unpredictable criminals from doing what they want. Many people have witnessed the history of violence and tragedy that have occurred in this station. Among one of them is the murder that occurred in Jan 3, 1999, when Andrew Goldstein violently pushed Kendra Webdale off the platform to her death in front of an oncoming train at this station. The mentally ill Goldstein was later charged with a second degree murder, which later led to the establishment of Kendra’s Law, allowing doctors to insist that people with mental problems be given assisted outpatient treatment to improve the safety of the general public. 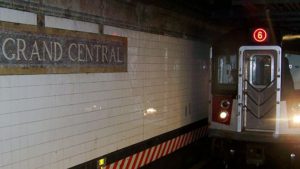 Grand Central Station, which is one of the busiest and dangerous stations in the nation, is a common location for groping perverts, according to Metropolitan Transportation Authority. The crowded Grand Central Subway Station is the most reported station for misdemeanor sex crimes. Many Subway passengers have reported being a victim of perverts taking advantage of the overcrowded station at Grand Central by bumping, grinding and groping and then disappearing into the terminal’s vast crowd. This station also suffers from high amount of pick pockets.

In the past year, Mohammad Abdalla Ali, 49, a Sudanese diplomat was arrested for sexually harassing a woman walking at the Grand Central station. Ali was allegedly grinding his crotch on the woman before his arrest. He was charged with sexual assault and forcible touching but both charges were dropped due to his diplomatic immunity, but he was reportedly sent back to the Sudan.

The Broadway Junction Station is among one of the top subway stations reported to have a growing rate of violence. During a recent five year period, the NYPD crime data reveals that this station has a history of reported crimes involving assault. The peak time for these offenses is often around 3 – 4 p.m., when school is out. Rush hour brings commuters packing the stations as they head home from work and there is a strong possibility that teenagers and young adults get into heated disputes with themselves or innocent station bystanders, that leads to the violence, part of the school to prison pipeline. 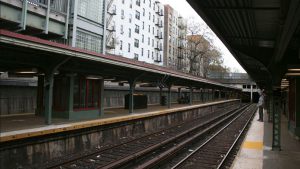 Data from the NYPD reports that the Prospect Park Subway Station has many incidents of assault over the last five years, making this one of the most dangerous stations in the subway system. One particularly harrowing case involving Fitzroy Rochester, 25, and Latifah Carmichael, 32, who punched and then slashed the victim with a box cutter at the Prospect Park Subway Station around 5:15 a.m. on a recent Sunday Morning soon after the local clubs closed down. Rochester began punching the victim while Carmichael crept up behind the victim, who was busy defending himself from his attacker. While the assailants were actually being battered by the victim, the woman began to slash the victim on his face and arms with the knife. The duo then fled without taking any of the victim’s property and it is still unknown the motives behind the attack.

Violent crimes in this station include offenses involving aggravated assault and harassment. Just few years ago, Darnell Brown, a 25-year old man was arrested for viciously beating and choking a couple at Grand Concourse Station which took place around 6 a.m. Brown was verbally harassing both the 28-year old woman and her boyfriend, but when the the victims tried stopping him from bothering them, Brown viciously attacked both of them. The couple suffered minor injuries and officers later charged Brown with assault. Many of these random acts of violence makes this subway station among one of the most dangerous stations in NYC. 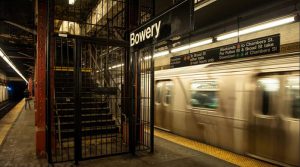 Bowery Subway station is another location with a known history of sex crimes. There has been many cases of sexual assault being reported at this station. One notable case that transpired at this location was the horrifying sexual attack in the Bowery J/Z subway station in 2012, where a 29 year old Michael Torres, pulled down and tossed a woman to the ground, dragged her onto the end of the platform before sexually assaulting her. The 36-year-old Asian woman survived the rape and was able to raise the alarm. Fortunately, the victim was able to alert MTA track worker’s and screamed, causing Torres to flee. He was later arrested and was sentenced to 13 years in prison after pleading guilty for his actions. He reportedly had 27 prior arrests.

The NY Daily News evaluated crime data from 2008 to 2013 to determine the most dangerous subway stations in NYC. The Broad Channel Subway Station is definitely one of the top most dangerous stations with the highest crime rate in 2013. The most common criminal activity at this location are sexual harassment and assault and this could be because the station is on on island that is extremely remote, with very housing and people in the neighborhood. 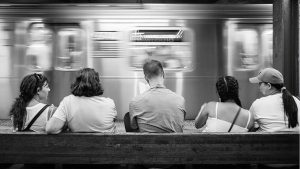 Common crimes that you will hear about in the Harlem Station are theft and robbery, most often against people who sleep in this station. Personal property theft is the most common crime reported in this station. Although, Harlem Station is one of the riskier subway stations in NYC, personal property theft at this location has been decreasing over the last few years. Opportunists are still targeting individuals in this subway station and about a third of the subway crimes are committed against homeless people sleeping in the station. Many more of the crimes go unreported.

The 71st Forest Hills Subway Station has suffered from many incidents of robberies over the past couple of years. This location is among the top stations where robberies are very common, especially during the early hours between 2:00 a.m. to 4:00 a.m. This is the time window where most robberies occur, during the quieter time of the day when there are less people around to call the Police. One recent incident occurred when a group of young men followed, and then attacked and choked, a 21-year old victim, who was left unconscious. When the victim woke up, he discovered his iPhone 6 and his wallet were both missing.

How Are MetroCards Used on the NYC Subway? This article explores the how to use Metrocards, the various types of