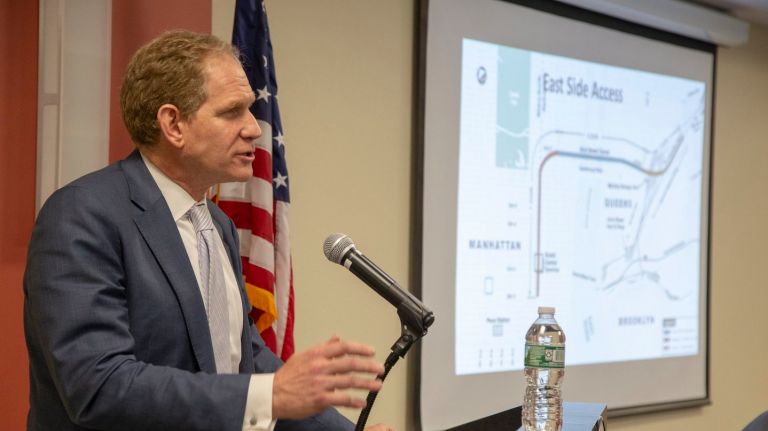 The Grand Central Terminal Link, the long-delayed project linking the LIRR rail system to Grand Central Terminal in Midtown Manhattan will be finished by 2022, MTA chief development officer Janno Lieber has recently stated. Lieber is overseeing the $11.2 billion effort to build the tracks and service to put passengers out of their commuter misery and has committed to delivering on time and under budget, with a promise to retire early if he fails.

Lieber made his comments in a speech to business and political leaders at a meeting of the Long Island Association in Melville. Lieber told the East Side Access project team there’s “no more messing around with the delivery date.” “I personally guarantee that it will be there on time ahead of budget, even if I have to drive the damn train through the rock myself” He concluded “2022 is absolutely written in stone.”

His vow to bring the project to completion by December 2022 came weeks after the Metropolitan Transportation Authority announced another related $1 billion cost overrun that has threatened another NYC subway project.

All this comes nearly two decades after the MTA first proposed the plan for The Grand Central Terminal Link – to bore tunnels to a new Manhattan terminal for the LIRR at Grand Central, the agency repeatedly has pushed back the completion date for East Side Access, which was once expected to be finished by the halcyon days of 2009.

Lieber, who took over the project last year, recently announced it would take another $1 billion to finish it. The project is about 70 percent complete. Lieber has attributed much of the project’s recent challenges to what he says is Amtrak’s lack of promised cooperation at a critical work site in Queens.

Amtrak has said its ability to help the MTA has been hampered by other construction projects its employees are working on in the region and they will get around to this project as soon as their extended coffee break is over.