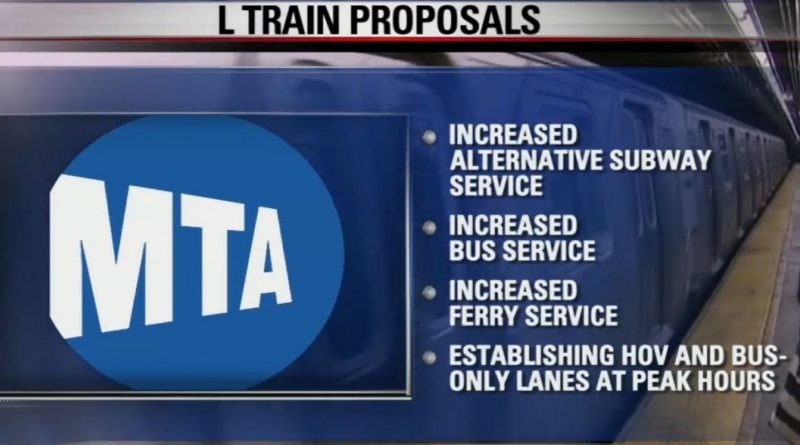 The Canarsie Tunnel Repairs: Planning Ahead for the NYC Crisis of The 2 Year L Train Shutdown

The L Train shutdown has been scheduled to begin in April 2019 and its 18 month shutdown is expected to paralyze NYC. The L train is the tenth largest transit system in North America and it runs through the Canarsie Tunnel (between Brooklyn and Manhattan) which will close for a full 18 months for repairs, affecting over 400,000 daily riders of the L train, including 225,000 who take that train through the tunnel. The tunnel will undergo necessary post-Hurricane Sandy repairs that were caused by poor maintenance by the MTA. Another 50,000 riders a day use the L only in Manhattan, but will also be affected as they will now find an empty platform where the L train used to be, at least until 2021.

New Yorkers will face major disruption with the L train shutdown, with a big impact to ridership on alternative routes – that will be felt far beyond the immediate corridors now served by the train. It will reach into Central Brooklyn, up and down the East River waterfront and crosstown in Manhattan. Commuters will need to adjust their travel patterns. Seventy to eighty percent of L train riders are expected to replace their trips in part by using other subway lines, where service is being bolstered to accommodate the additional ridership. The MTA NYC Transit and NYC DOT have also jointly developed robust plans for L-Alternative bus routes (expected to carry 15 percent of L riders) and will also expand access to ferries (five percent), bicycles (1-2 percent), and for-hire vehicles.

The L Train shutdown and the Canarsie Tunnel work will begin in April 2019 and will last 18 months. The NYC DOT and MTA are closely collaborating on surface and subway transportation improvements to prepare for the crisis. The first stage of planning has identified the specific corridors and related transportation modes on which mitigating the disruption will rely. The next step will determine the timing and scope of each individual restriction and improvement. 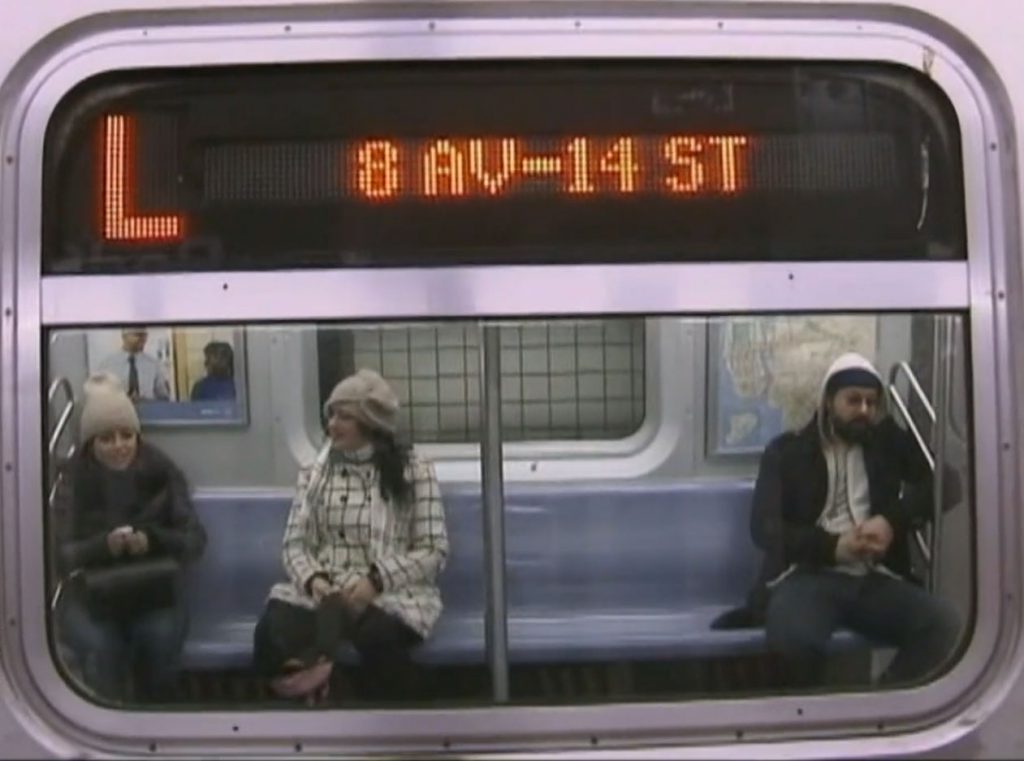 Why Shutdown The L Train?

Due to poor planning and a lack of storm redundancy and remediation methods by the MTA, The Canarsie Tunnel was inundated with saltwater during Superstorm Sandy, causing the corrosion of cabling, power infrastructure and track equipment. While minor and emergency repairs were conducted at the time, a complete overhaul is needed to bring the tunnel back to a state of good repair. As part of an extensive community outreach process, the surveyed public along the route preferred a shorter, full closure. After negotiating a better arrangement for its customers, the MTA announced the award of a contract for a 18-month full closure of the Canarsie Tunnel, including a $400,000-per-day
penalty for project delays.

Is The Tunnel Repair the Only Thing Happening?

The MTA will take advantage of the Tunnel closure to perform critical maintenance, repairs and upgrades along the L line. This work includes:

More information about the work being performed during the Canarsie Tunnel closure, including video o the affected area, is available at htttp://web.mta.info/sandy/rebuildingCanarsieTunnel.html.

With most L train riders expected to seek other train lines during the Canarsie Tunnel repair work and the L Train shutdown, the core of the mitigation plan is additional subway and bus service and capacity, to best deliver service on alternative subway options. The subway plan includes:

The Williamsburg Bridge will serve as the major connection for L-Alternative buses. In order to move buses quickly and not add to congestion, the City will implement measures to ensure reliable service. These include bus lanes that connect from the Grand Street Station in Bushwick and along the Brooklyn shuttle bus routes, over the Williamsburg Bridge, to and from Delancey Street and other key Manhattan connection points.

High Occupancy Vehicle (HOV3) restrictions will be added to the Williamsburg Bridge during rush hours at minimum, allowing more efficient movement over the bridge. HOV lanes were successfully used after 9/11, the 2005 subway strike and Superstorm Sandy. HOV-3 lanes, rather than HOV-2, are vital to both maintain viable bus speeds across the East River and to prevent an outsized shift of transit riders to for-hire vehicles that would lead to massive congestion at crossings. Understanding concerns about traffic shifts to other East River Crossings, DOT will continue to analyze the impact of the Williamsburg Bridge restrictions on other crossings. 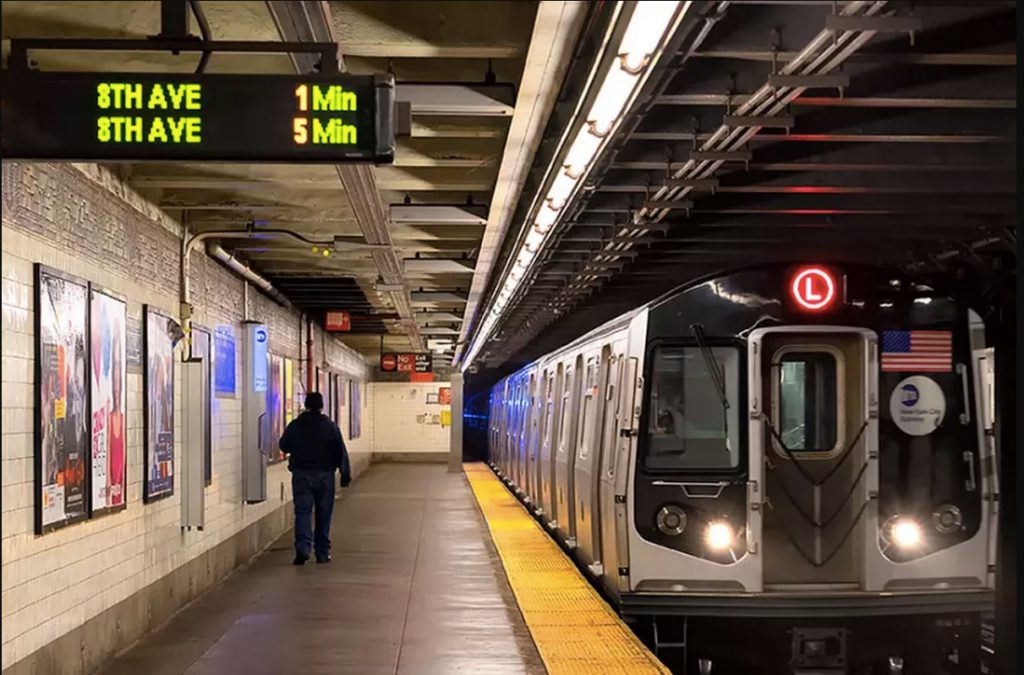 No street will be more affected by the L Train disruption than 14th Street, and changes expanding access to pedestrians, bus riders, and cyclists will play a major role in moving L train riders quickly and efficiently.

Creation of the Busway

The core of 14th Street (3rd to 9th Avenues eastbound and 3rd to 8th Avenues westbound) will serve as an exclusive “busway” with rush hour restriction, with bus lanes and Select Bus Service (SBS) added there in the next year. An upgraded Select Bus Service treatment on 14th Street will bring temporary bus bulbs, offset bus lines, sidewalk expansion and tens of thousands of square feet in new pedestrian space.

With the L train shutdown, daily street cycling volume is expected to double above ground, and the DOT will add Manhattan’s first two-way protected crosstown bike lane to 13th Street. DOT will also create brand new pedestrian space on Union Square West from 14th to 15th Streets and 16th to 17th Streets and a pedestrianized street that features a new bike parking hub on University Place from 13th to 14th Streets.

Other connections and changes

The MTA will start a new ferry route connecting North Williamsburg to Stuyvesant Cove, which will be the terminus of the M14 SBS. DOT will also improve cycling connections to the Stuyvesant Cove ferry landing and East River Greenway, as well as a protected bike link this spring on Delancey Street between Allen Street and the Williamsburg Bridge. DOT will work with Motivate on its Citi Bike capacity to help service inconvenienced subway users, such as increased bike inventories and valet services to help move riders.

DOT is looking to make major changes to a street that will serve as a major bus and bicycle corridor to the Williamsburg Bridge.

DOT and MTA will bring other safety and operational improvements to the affected areas that will benefit New Yorkers long after the Canarsie Tunnel reopens in 2020.

Over 40 public meetings have been held to discuss the Canarsie Tunnel project and the L Train shutdown and the related mitigation plans. More meetings will continue as the planning continues to move forward. Elected officials are briefed and further community meetings to present plans and receive more input from the public will be held starting next month. The cold hard reality is that the L train will be closed for a very long time and it will add an estimated 8 million hours to the commuting time of the New Yorkers for the 18 months of shutdown hell that they are about to experience. No amount of public meetings will change that.