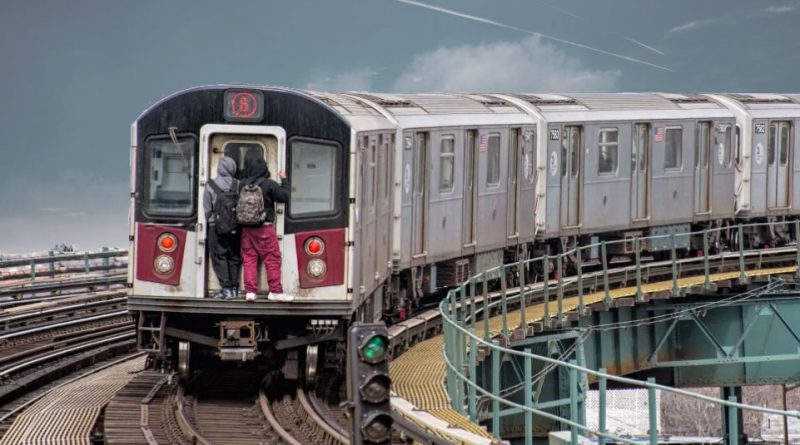 “Subway Surfers” may be a great mobile phone game available on itunes and on the Google Play Store, but the real activity of subway surfing is back in NYC with a vengeance and it is freaking other passengers out. Forget the Tide Pod challenge, NYC teenagers are getting their kicks by defying death by riding on the outside of NYC subway trains.

Subway Surfing Has Returned to NYC

More than a dozen people have lost already their lives since the year 2000 practicing “subway surfing” on the New York Subway and the death toll is sure to rise. The stunt which was a popular among local daredevils in the 1980’s includes riding on the back of the train, on the side and even atop the cars. Local gangs report that there is a formula to determine how “heroic” the subway surfers are. If the train is running above ground, subway surfers on the back of the train get just 1 point, the side 2 points and the roof 10 points. If a selfie is take then an extra 10 points is accrued. If the train is running in tunnel, then all points are double. The roof of the tunnel is the holy grail, but is incredibly dangerous, especially in tunnels. To count as the roof, it is identified that both feet must be planted on the top roof of the car and the train must be moving. Only the most foolhardy individual could attempt this, as it is fraught with a high risk of death. 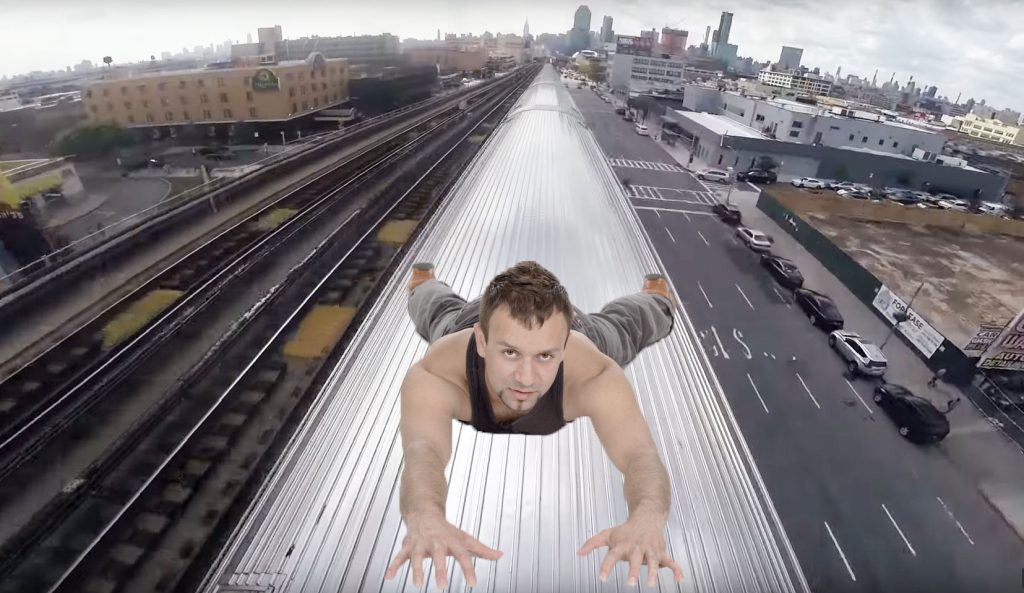 Some Subway surfers claim to have amassed over 500 points, but this could not be verified as selfies can often be photoshopped and independent verification is preferred, such as a news story in The Daily News or The Post. The MTA and the NYCT has encouraged local news organizations to not report any Subway surfers infractions, and even less to actually publish a photo, as this is deemed to encourage the practice and makes matters worse. Most news organizations have refused the request.

The New York Subway tunnels are notoriously narrow and with very little headroom. Many Subway surfers have died when they have been ripped off the sides or roof of the subway trains by the close proximity of the walls or the roof of the tunnel. The walls are not the only thing that can get the rider knocked off the train. Structural beams are made from iron and steel are often placed in random locations, so even if the map states that the line is safe, some changes to the track, or the train using another track, can end the subway surfers life as they get knocked to the ground and either go under the train wheels, get electrocuted by the live rail or are just crushed between the train and the wall. Probably the worst death is when they get hit by another train coming the other way, because the speeds of both the trains lead their bodies to explode on impact, making an open casket impossible.

The New York City Subway system has narrow tunnels with very little room and subway surfers have a map which they share online that shows which tunnels can be “taken”  – which we will not republish as to not encourage the practice. The map identifies each New York Subway line and which areas are “safe” for subway surfers, “safe” being a misused term in this context as the practice of subway surfing is incredibly dangerous.

Despite the warning signs all over the subway attempting to discourage would be surfers, subway surfing still happens and it could be because Subway surfers that are caught alive while committing this crime are not prosecuted and usually just given a reprimand. It is estimated that only 1% of subway surfers are actually caught and the practice will continue until the MTA can institute some polices that combat this foolhardy practice that so many young people are still attempting to do, and dying in the process.

May 1, 2018 dnsdr Comments Off on Can You Buy The New York Subway Metrocard Online?
metrocard