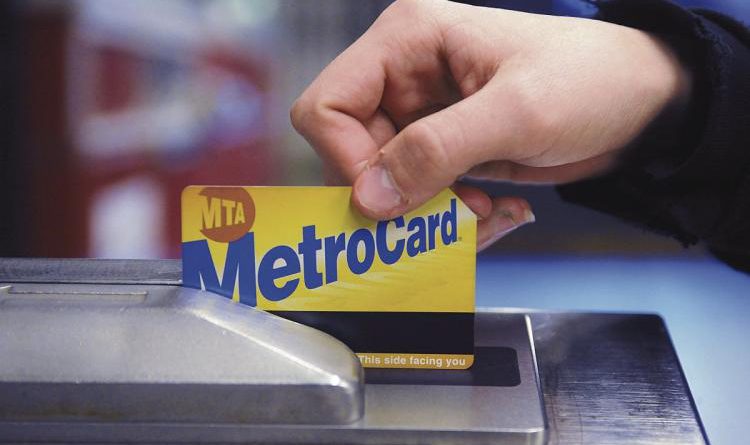 How Are MetroCards Used on the NYC Subway?

This article explores the how to use Metrocards, the various types of New York Subway Metrocards and examines the various ride discounts that are available in New York City to both Subway and Bus users, when using a Metrocard.

A New York Metrocard does not actually hold any money – it is not a receptacle for a stored value. Instead, each card represents an account that is stored in the Metropolitan Transit Authority’s (MTA) main computer, which communicates via phone lines and radio signals with its subway stations and buses. Passengers use Metrocards by swiping it, which then communicates with a local version of the database that determines the value of the Metrocard, updates the account with the transaction, and replicates the transaction change back up to the central system, in turn replicating the change to all the other subway stations and buses that are controlled by the MTA.

The basic Pay-Per-Ride Metrocard allows you one ride for $2.75 (will soon be $3.00). But for every $10 you put on your Metrocard, you get 1 free ride. This discount only applies at time of purchase (i.e. if you put on $4, and then later add $6 to your card, you do not get the free ride). The bonus makes individual rides cost $2.32 each (17% discount). You can use metrocards that are Pay-Per-Ride for up to 4 people. They can ride together on a single Pay-Per-Ride Metrocard. If multiple people are riding together on the same Metrocard the first person can swipe the card through the necessary number of times and other riders can walk through the turnstile following them. Pay-per-ride Metrocards are refillable. Discounted single use, or pay-per-ride Metrocards, can often be bought on ebay.com, where they are suited to the auction format and have long expiration dates. Very often they can be purchased for less than $1.67 per ride.

The cards come in a few varieties, the main ones being the 7-day Unlimited Ride Metrocard and the 30-day Unlimited Ride Metrocard. You pay a flat fee for one of these Metrocards, and then can use it during the specified time period as many times as you wish (the exception being that you can’t swipe it twice in one station within an 18-minute period). Unlimited Use Metrocards for the New York Subway system are often traded on the 2nd user market at a significant discount (see: New York Craiglist). The offers are usually made by people who used a portion of the week or month and no longer have need for the remaining portion. They are offered on Craigslist because they have a faster turn around than ebay and the clock is ticking on these cards. The discount offered on this market is usually between 25% and 45%, depending on the original cost of the Metrocard and how many days are left. Note: To reduce the risk of fraud in this transaction, only local sales should be considered, and Western Union or money orders should be avoided. Transactions that include going to a safe New York subway station to verify the product in a New York Metrocard machine are preferred. Always make these transactions with care.

The Metropolitan Transportation Authority will credit riders whose 30-day Metrocards, which cost in excess of $70 each, are lost or stolen. The program only applies to 30-day Unlimited Ride cards. Riders who buy a unlimited Metrocard with a credit card or debit card from a Metrocard machine will be able to call 1-800-METROCARD (1-800-638-7622) to report the card lost. The agency will deactivate the Metrocard and credit the rider’s debit or credit card for the balance remaining. You can no longer use Metrocards that have been deactivated and must get a new one.

Normal retail Metrocards are available for sale in all NYC Subway stations, either at the booth or the machine. Metrocards are also available from merchants displaying Metrocard signs in their windows. These include newsstands, grocery stores, etc., and they only sell select types of Metrocards (i.e. the popular denomination, non-expiring ones). Metrocards are not for sale on NYC buses and credits cannot be added to the Metrocrd on a bus. Once purchased, you can use Metrocards at any NYC station.

While the act of buying and selling swipes at the subway turnstile has been promoted by the MTA as being illegal, it is a practice that continues to be offered at most major New York subway stations, especially during rush hour. It usually performed by the purchase of an unlimited ride Metrocard and using it many times for different travelers. The Metrocard system has some internal security controls that block the Metrocard being swiped more than once in an 18-minute window in the same subway station, but this control is removed by using it at a different station or on the bus, where no such controls exist. On the flip side, many travelers leaving the station, after arriving there, may also just “swipe in” other travelers who use metrocards that are unlimited just for fun or as an act of civil disobedience. Homeless people can often be seen around the New York subway turnstiles requesting that this very action be performed for them, as it does not cost the “Unlimited” swiper anything. What these people may fail to realize is that only 28% of New York Subway riders actually use an unlimited travel Metrocard. Most use Metrocards that are Pay-Per-Ride so a swipe would reduce the value of their Metrocard.

In an attempt to catch up with the technological times, the MTA have finally developed a commuter app that helps