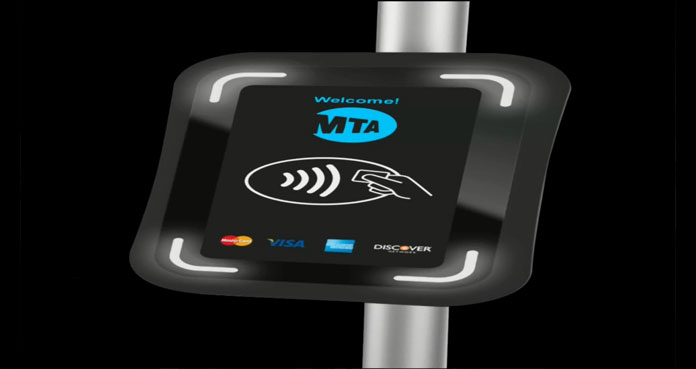 The MTA has been looking for a MetroCard replacement for the last ten years and now the MetroCard’s days are clearly numbered. Plans are afoot to start phasing out Metrocards in May 2019 and the MTA will have completely eradicated the scourge of MetroCards by 2023. MetroCards and the MetroCard machines will go the same way as the subway token, banished from the stations as museum pieces, collectibles or just scrap.

The MTA will launch its new fare payment system in May 2019, allowing riders to use mobile wallets or bank cards to pay for a ride, but they will still allow Metrocards to function during this transition time. It is a staggered roll-out of the new contact-less payment system, no longer will you have to run a MetroCard through a rancid card reader. You will now be able to wave your smartphone, chip-enabled credit card, MTA Smart Card or Smartwatch in the air, close to the chip reader to get you through the turnstile or gate.

They call it “tap and go”, but the tap part is not actually necessary.  All you need to do is wave your RFID device or card in the air, in front of the reader, so there will be far fewer germs to contend with. No word yet if the filthy Subway cars will be contact-less too, but given the increase in Subway sexual assaults, this may be too much to ask of the MTA.

The MTA is currently testing the new fare readers, or “validators,” and plans to begin rolling them out in various Subway locations around the city this year. The new product has been using various names like “Tap n’ Go”, “Subway Smartcard” and “Touchless”, but the MTA has yet to settle on a brand name. The London version of the RFID smart card is called the “Oyster Card”, but MTA officials refuse to use this term in NYC as they felt Subway riders may be tempted to “shuck” it and try to eat it.

After twenty-five years of service, the aging MetroCard is about to go the same way of the much-loved subway token as the MTA has finally figured a decent replacement for the aging MetroCard technology. Swiping your MTA MetroCard will be a thing of the past as riders will be able to pay for Subway trips by tapping their bank cards, smartphones or watches against a validator installed at MTA turnstiles and gates.

The Subway Debut For The Metrocard Replacement is Grand Central Station

Beginning in October 2018 Subway riders will see the new touchless machines on all bus routes in Staten Island and the 4/5/6 trains from Grand Central to Atlantic Avenue, Barclays Center in Brooklyn. The long lines to refill your MetroCard will become a thing of the past as you will be able to replenish the travel cards from home, on the subway or from just about anywhere. By October 2020 every subway station in the network will have the new technology. Cash will always be an option and the reduced price MetroCards program will continue to work,for those 65 and older, but will operate with a new payment method that includes a smart chip and RFID/NFC.

This MetroCard replacement technology is being developed by Cubic Transportation, which is also the current operator of the MetroCard system. The $573 million contract is moving ahead, on time and on budget and the MTA says it won’t slow the Subway service down any more than it already is, with this year being a record low in train time performance.

The MTA claims that this change will have no impact on subway service. By 2022 MetroCards will be a thing of the past and will no longer be accepted as a valid ride payment method. The following year, all the Metrocard machines will be removed from subway stations and sold to the same people that bought the old NYC “Walk, Dont-Walk” crosswalk signs for their living room. Although MetroCard machines could prove to be a little bit bulkier, “Crash” artists already have plans to turn the machines into cocktail cabinet robots that specialize in sloe gin fizz or they be better suited to just serve Macallan 25 Yr straight up, for the special woman on in your life.

May 8, 2018 dnsdr Comments Off on Where Can You Buy Metrocards?
metrocard